AISP curriculum offers an integrated learning experience that bridges the divide between theory and practice. The participants will go through three academic workshops, each led by a group of faculty members from different schools of JGU.

In each of these, they will not learn theories but delve deep into three real world case studies and look at each from multiple disciplinary lenses. Thus, the students will experience the complexity inherent in such cases and find ways to resolve the dilemmas professionals face while addressing these challenges.

The boundaries between disciplines that were sacrosanct not even a decade ago have now been transformed by a concerted thrust towards interdisciplinarity. The changing global climate requires professionals who are equipped to deal with this constant interaction between conventional areas of knowledge and expertise, and the needs of contemporary times.

The AISP curriculum is alive to this fact and each of the academic activity encourages students to develop a capacity for drawing on intellectual resources and skills from a variety of disciplines. Such interdisciplinarity is the backbone of AISP learning experience.

An Indian multinational is trying to acquire coal mines in another country. The deal is worth several billion dollars. The company has received financial support from some of the largest Indian and foreign banks. Legally, the company does not face any hurdles at the outset, but this purchase is challenged in the country's highest Court. The environmental NGOs are opposing the entry of this company into their country tooth and nail. The financial institutions funding this project (banks) have developed cold feet.

Why is the company interested in these assets? Does that make business sense? What are the options available to finance such large projects? Why did the company choose the ones that it did choose? Why did not finance it from its own profits and cash reserves? What are the legal challenges in such cross-border business transactions? How do the relationships between the governments become crucial for such big-ticket deals? What are the environmental impacts of such a deal? Why are NGOs opposing this?

This year, a movie called 'Kashmir Files' has been released. It highlights the plight of internal refugees (Kashmiri Pundits). The (erstwhile) state of Jammu & Kashmir has been disturbed for more than 30 years now. But this is not an isolated incidence. The issue of refugees due to internal and external conflicts is a pervasive one. Think, for instance, Myanmar, Palestine, Syria, Ukraine.

What is at the root of such crisis? What is the responsibility of governments (national and international) in such cases? Are these migrations governed by international laws? When people get forcefully "uprooted", what happens to their culture? How do they try to preserve their culture and how do they assimilate in new culture of the host country/city? What are the psychological effects of living perpetually in disturbed areas or as a refugee? What kind of institutional frameworks and support is required to alleviate such trauma and its impact? What gets reported in such cases? Whose voices get heard, and whose voices are ignored or suppressed? What are the ethics and risks of reporting such stories? (JSLH)

Children form a large part of the population of any city. Yet, they rarely have a say in the way cities and spaces within cities are designed. In fact, even for spaces that are developed and designed for children (e.g. parks, playgrounds), no one asks the end users (children). Do children have a voice in the city? What happens when you want to play with your friends? Are there any good spaces left in the city for free play? How are these spaces utilized? Let us analyze the contestations over play spaces for children to see it from multiple lenses.

Who designs and plans our cities? Do these plans have any spaces for children? Architecturally, what elements make a space "child-friendly"? Is a space designated by adult designers, planners, and policymakers as 'place for children' really a "children's place"? How do children see spaces in their imaginations, writings, and stories? How is it different from and in contrast to (or in direct confrontation with) adult's imaginations? Recently, there has been a move towards designing "child-friendly" cities? What is this policy about? What are its implications for cities and nations? What are some of the examples of transformations that have happened due to these policies? What are the public health implications for children of the way Indian cities have been designed and built? Does the 'Child-friendly Cities' policy improve the conditions from public health perspective?

Participants will also get the chance to interact with exemplary role models from diverse domains to get a flair of the work profile and sector.
Collectively, the academic workshops and the career sessions will help students in their crucial transition from high school to higher education. 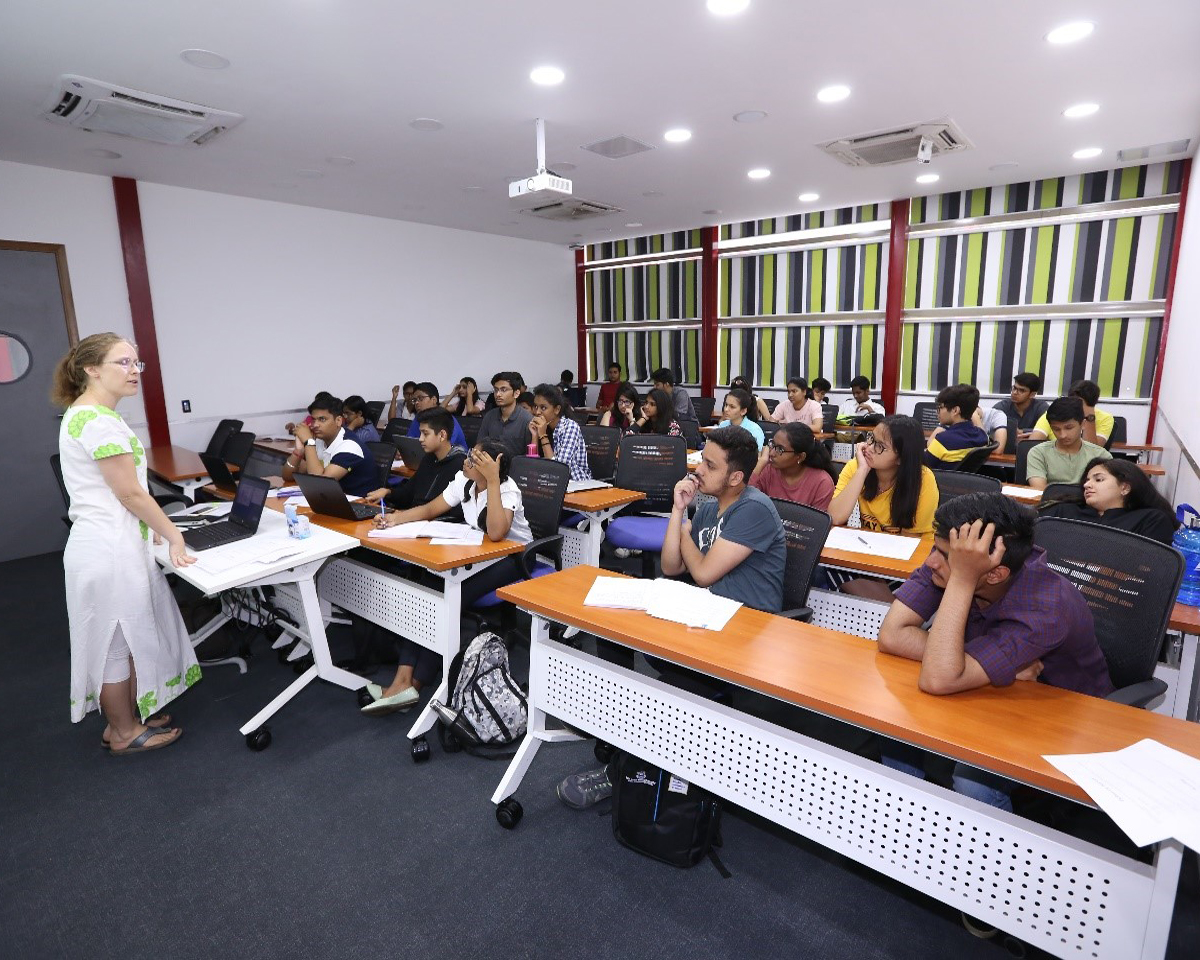 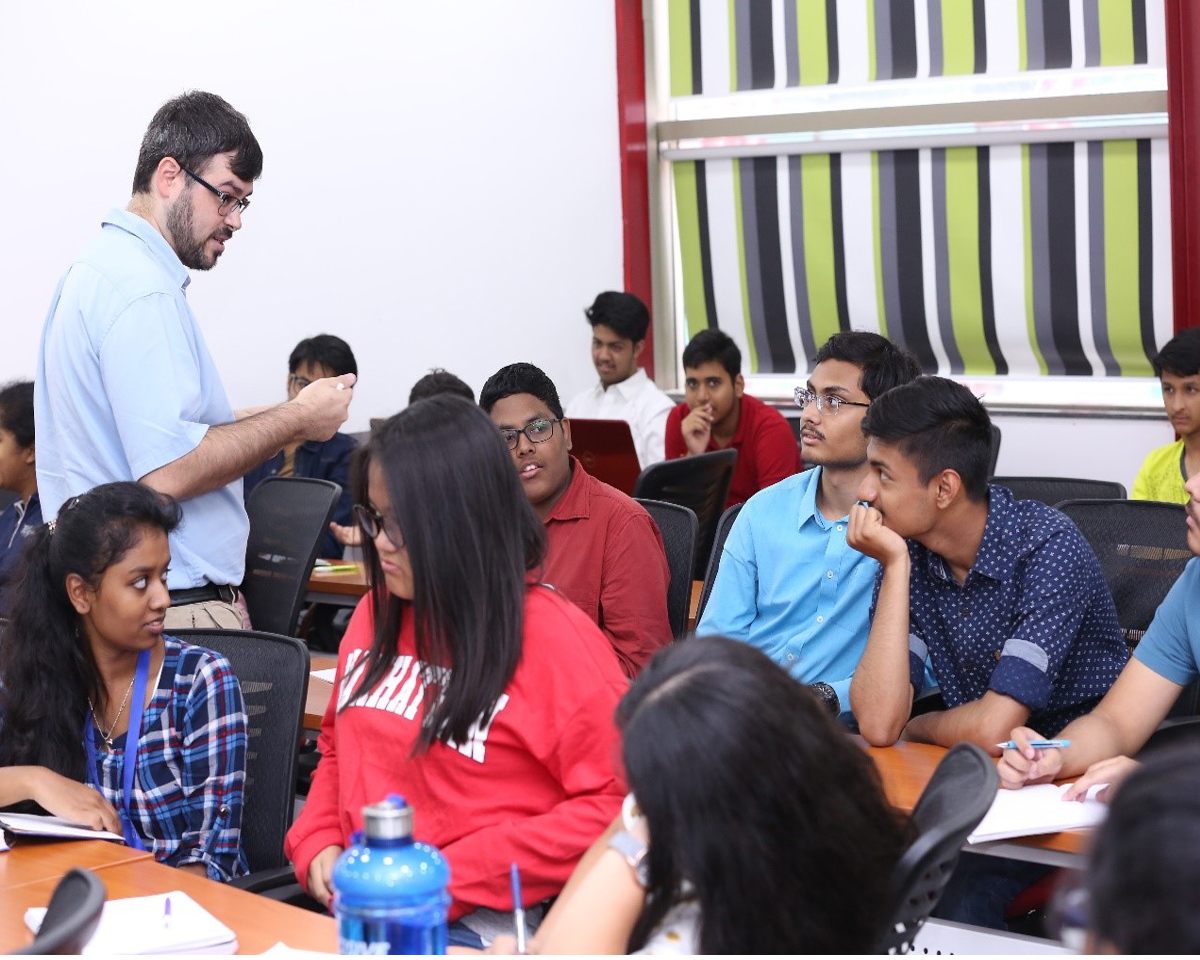